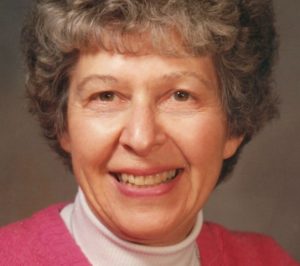 For the past half century, she had been a most beloved piano teacher in Shrewsbury, and was active in the musical life of the Shrewsbury Congregational Church, where her late husband Calvin had been music director from the 1960s until his death in 1982. Both of them served on the Applied Piano faculty at the University of Lowell.

Growing up in Austria, Inge spent the war in Vienna, and studied at the Vienna Conservatory of Music. An American soldier arranged a full scholarship for her at the Longy School of Music, Cambridge, where she met Calvin, and in addition to marrying, they performed together as duo pianists.

Inge is survived by her daughter, Sonja Wise, who follows in her parents’ musical footsteps teaching piano and recorder in the greater Boston area, and by her two grandsons Derek and Christopher, and by Sonja’s husband, Jeffrey Wise.

In lieu of a memorial service, a concert celebrating Inge’s memory will be given in May at the Shrewsbury Congregational Church.

Contributions in her honor may be made to CARE, which saved her life in post-war Austria.