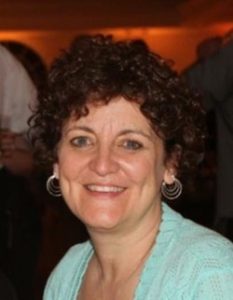 Worcester – Angela Catherine Prizio Demake, 52, was reborn and graciously entered the Kingdom of Heaven Monday, Jan. 16, 2017, after a short, fierce battle with cancer. In the days before her passing, she garnered the strength to bid farewell to her family and friends, selflessly offering comfort to those who were gathered by her side. She passed peacefully Monday morning in the caress of her husband, George Demake, who cared for her continuously during her illness; her mother, Joanne; and other family members.

Angela lives on in her two strong sons, Alex John Johnson, 24, and Nicholas John Johnson, 21. She was preceded in death in 1996 by her first husband, John C. Johnson, whom she married in 1988. She then re-married George Demake in 1999.

She is remembered as the loving, mentoring, self-sacrificing aunt to many nieces and nephews whom she shared a unique relationship with, Michael, Alexis, Sarah, John David, Rose, Rob Daniel, Christian Stephen, Christian Anthony and great-niece Isabella, as well as numerous aunts, uncles, cousins, and a very large circle of friends.

Angela worked for 30 years as a licensed physical therapist for the Visiting Nurse Association. During that time, she went above and beyond her job description and created an immense rapport with her patients along the way; quite frequently engaging in conversations on a personal level. All the while, she continued to work and help manage her family’s businesses, the Regatta Deli and the Wonder Bar, of which she recently co-founded.

Angela was a member of Saint Nicholas Orthodox Church in Shrewsbury. She was a dynamic woman who incorporated her extensive knowledge and common sense into her everyday life. These attributes made her well loved by all people she came into contact with. Her warmth, wit, and sincerity were apparent from the moment you met her.

Angela enjoyed reading, the outdoors, traveling, hiking, conversation and music, amongst other hobbies. She was inquisitive, with boundless curiosity about life, and people and their stories.

At the core of her being was her unwavering love for family and friends. Angela enjoyed spending countless hours at the fields, rinks, and gymnasiums watching her two sons as well as her nieces and nephews, chronicling their events and other activities. Angela will be greatly missed and in her own words the values of; “Unconditional love, responsibility for self and family, finding joy in the everyday life and the unexpected, faith in God, and giving back to those who have given to you” will be carried on through the lives of her family and friends.

Angela’s family would like to extend their sincere gratitude to all of the doctors, nurses and staff that cared for her at Mass General Hospital in Boston, particularly those at the Cancer Care Unit on Lunder 9.

Friends and relatives are invited to calling hours Sunday, Jan. 22, from 2-7 p.m., in the Mercadante Funeral Home & Chapel, 370 Plantation St., Worcester, and again Monday, Jan. 23, from 9-10 a.m., in St Nicholas Orthodox Church, 34 Gold St., Shrewsbury. Her funeral service will follow at 10 a.m. in the church. Burial will be in Hope Cemetery of Worcester.