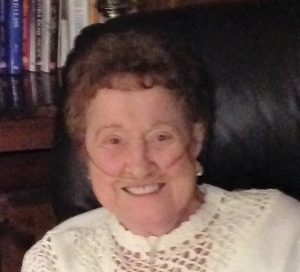 Born in Worcester, she was the daughter of the late Joseph and Alice (Lang) Dame. She was educated in St. Stephen’s Parochial School and was a graduate of St. Stephen’s High School.

Phyllis helped with the day to day operations of Phylmor Corporation along with her husband, George.

She was a communicant of St. Luke the Evangelist Church, where she served as a Eucharistic minister and was a homemaker, dedicated to her home and family. She was a former member of the Women of St. Luke’s and of the Westborough Women’s Club.

She is survived by three children, George W. Moroney III, of Westborough, Cynthia A. Cole and her husband Stephen of Westborough, and Christine A. Klimavich and her husband Douglas of Westborough; four sisters, Janice Gruber of Redondo Beach, Calif., Joyce Giaquinto of Auburn, Cynthia Eaton of Falmouth, and Karen Breen of Cotuit; and six grandchildren, Jaimeson Cole, Jeffrey Cole, Aislyn Cole, Christopher Klimavich and his fiancé, Emily Webber, Michael Klimavich, and David Klimavich. She was the sister of the late Jacqueline Lombardi.