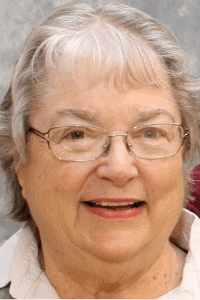 “Ginny” was an avid reader who devoted her life to fostering a love of reading in others and she served as a librarian for the Medway Public School system for many years. She loved horticulture and gardening, nature, and the performing arts. She was a member of the Medway Historical Society and served on the Medway Open Spaces Committee. She attended the Abington Friends’ School in Jenkintown, PA, and went on to graduate from Colby College in Maine. Later, she received her Master’s Degree in Biology from the University of Maine at Orono and followed her passion for science and higher learning through her life. She was a devoted wife, mother, and grandmother who adored her family.

Relatives and friends are invited to attend a calling hour Saturday, March 11, from 12-1 p.m., followed by a funeral service at 1 p.m. in the Tighe Hamilton Funeral Home Memorial Chapel (previously Christ the King Church), 48 Central St., Hudson. Burial will be private and held at a later date.