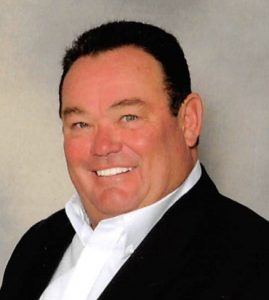 Southborough – It is with deep and profound sadness that we say goodbye to Kevin Giblin, 66, who passed away in his home in Southborough Monday, April 3, 2017, surrounded by his loving family.

Kevin was born Nov. 8, 1950 in Marlborough, the son of late James Giblin and Mary Taylor and brother to Gayle Anderson. Kevin attended schools in both Westborough and Northborough and graduated from Algonquin High School, where he met the love of his life, Catherine Cote, at the age of 16.

Upon graduation, he enlisted in United States Marine Corps and quickly rose in rank and became the leader of his platoon. As Honor Guard, he led his graduating class and fulfilled his military duties with pride and strength.

He married his love Nov. 18, 1972 and began his lifelong journey as husband, father, grandfather and real estate developer, mentor and friend. From humble beginnings, Kevin started Brendon Homes with a dream of providing exceptional craftsmanship and customer service. Through tumultuous times, he persevered and 40 years later, Brendon Homes is both recognized regionally and nationally with numerous industry awards and home owner testimonials.

Behind the scenes, Kevin’s influence and that of Brendon Homes reached far beyond the buildings and homes he built.  He had an innate mission to help those in need and worked tirelessly to provide food, shelter, clothing, rehabilitation services, and education through numerous organizations, such as Spectrum Health Systems, 200 Foundation, Hoops For Homework, One Mission, and the Iris Eagan Scholarship Foundation.

Hays Funeral Home, 56 Main St., Northborough is honored to be assisting the Giblin Family with arrangements.

To leave a message for Kevin’s family, please visit Kevin’s Book of Memories at www.HaysFuneralHome.com.