John O’Connell won a scholarship for his essay describing his Eagle Scout experience of building a section of trail and two bog bridges and the feelings, values, and plans that the experience inspired. He plans to attend the University of San Diego after taking a gap year that will include doing volunteer trail conservation in the national parks and hiking the Appalachian Trail.

Kaleigh Wright received a scholarship for her essay describing her experiences walking Westborough’s trails, introducing a Styrofoam recycling initiative, watching wildlife in her back yard, and promoting wildlife safety for her Girl Scout Gold Award project. She will attend Stonehill College in the fall.

Nicole Bates was recognized with an honorable mention for her essay describing her experience of discovering Indian Pond and becoming connected to nature and the feelings, actions, and plans that resulted. She plans to attend the University of Massachusetts-Amherst.

Joseph Liebert received an honorable mention for his essay describing his experience and appreciation of the Charm Bracelet trails, his feelings about Westborough’s natural heritage, and his Eagle Scout service project building bog bridges and other service work done to improve and protect the Charm Bracelet trail system. He will attend the University of Massachusetts-Amherst. 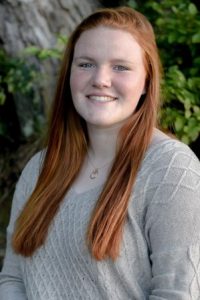 “It’s clear from the Earth Day essays that families, WHS classes and clubs, and the Boy Scout and Girl Scout organizations all play vital roles in creating the next generation of environmentalists,” said Annie Reid of the WCLT Scholarship Committee. “Congratulations to all the students who entered our Earth Day essay contest.”

A sunny Homecoming at Westborough High