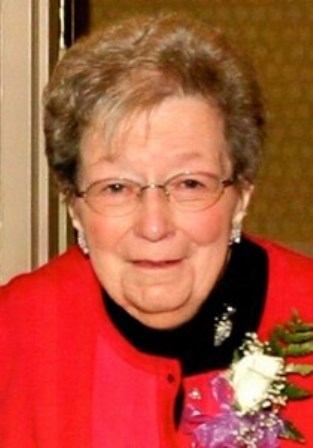 Marlborough – Lorraine T. (Langelier) Kerrigan, 86, of Marlborough, formerly of Hudson, passed away peacefully Wednesday, Aug. 2, 2017, at the Beaumont Skilled Nursing and Rehabilitation Center in Northborough. She was the beloved wife of the late Robert F. Kerrigan Sr.

Born in Marlborough, she was the daughter of the late William J. and Margaret M. (Sheahan) Langelier. She was raised and educated in Marlborough. Prior to retirement, she was a waitress at the former Oxford Restaurant in Marlborough for 40 years.

Lorraine was a very social person. She enjoyed going to movies and going shopping with all her friends on a regular basis. Her greatest enjoyment though, was the love that she had for her five grandchildren.

Calling hours will be held Monday, Aug. 7, from 4-6 p.m., in the William R. Short & Son Funeral Home, 95 West Main St., Marlborough. A funeral service will be held immediately following the calling hours. A private graveside service will take place at the convenience of the family at Forestvale Cemetery in Hudson.

In lieu of flowers, donations may be made in her memory to a charity of one’s choice.