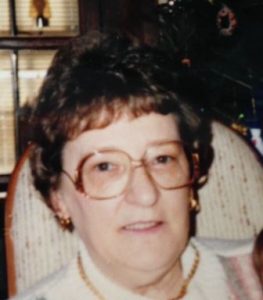 Born Sept. 9, 1935 in Lewiston, Maine, she was the daughter of the late Joseph and MarieAnge (Foley) LePage. She was also predeceased by her former spouse, Edgar A. Charpentier, and her siblings, Norman, Joseph and Richard LePage and Doris Linnell.

Irene was a resident of Marlborough for most of her life. She loved playing bingo and enjoyed spending time with her family, especially her grandchildren.

Calling hours will be held Friday, Aug. 18, from 11 a.m. to 2 p.m., at the Fitzgerald & Collins Funeral Home, 378 Lincoln St., Marlborough, followed by a chapel service at 2  p.m. Burial will take place privately at a later date.

All are invited to sign Irene’s online guestbook at www.CollinsFuneral.com.