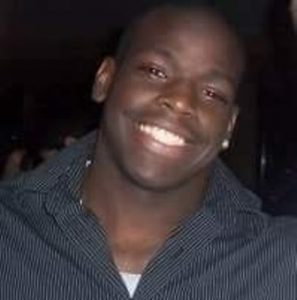 Sutton – Rondel Da’twaun Clark, 26, of Sutton, formerly of Westborough, passed away Tuesday, Aug. 15, 2017, at the Beth Israel Deaconess Medical Center in Boston from injuries sustained during a Mixed Martial Arts Fight. He was the son of Arianne Clark and Joseph Afutu.

Born in Worcester, Rondel was raised and educated in Westborough and graduated from Westborough High School, class in 2010. He worked for Fallon Health as a Membership Service Representative, where he was recently promoted to train new customer service members. He previously worked as a customer support member at Bose.

Rondel was a legendary football player and captain of the Westborough High School Rangers. Under his leadership, the Rangers had their best season in 15 years, staking a winning record and making the playoffs for the first time since 2002. Rondel started playing football in 2003, and ended his career as a Shriners All Start Player. In the eighth grade, he was asked to play with the high school team to help realize his tremendous potential. After high school, he continued his athletic career as a Mixed Martial Arts fighter. He was in pursuit of his dream to become a professional fighter.

Rondel was a man of many talents. In addition to sports, he was passionate about music. He was a song writer, poet, rapper, and a published recording artist. But more than anything, he had a warm personality that could light up any room with his radiating smile, contagious belly laugh, and incredible sense of humor. He won high school superlatives for Best Smile and Best Laugh, and was always giving hugs and telling the people who meant most to him that he loved them. Rondel had an extremely keen sense of morals and values in which everyone could trust. He touched many people’s lives and would do anything for anyone.

Rondel had an exceptional love for his niece and nephews that he cherished.

In addition to his parents, Rondel is survived by his four siblings, Terrell Clark and his girlfriend, Jillian Remy-Perry, of Shrewsbury, Tanigh Clark-O’Sullivan and her husband, Francis O’Sullivan Jr., of Sutton, Felix Afutu of Worcester, and Richard Afutu of Worcester; three nephews, Amari Clark, Jordan Remy, and Francis O’Sullivan III; one niece, Gina’Jene Clark-O’Sullivan; his grandfather, Houston Mehone; his step-father, Henry Matthews Jr.; and many aunts, uncles, and cousins. He also is survived by his extended families, the Schuster family, the Silverman family, the Flanigan family, and the Iasiello family.

A celebration of life will be held Saturday, Aug. 19, at 10:30 a.m., in the First United Methodist Church, 120 West Main St., Westborough, with a reception to follow in the Webb Hall below the church. There are no calling hours.

Anyone who wishes is invited to meet Rondels former teammates at the Westborough High School Football Field at 9:45 a.m. before walking to the church at 10:10 a.m.

In lieu of flowers, donations in Rondel’s memory may be made to the Rondel Clark Memorial Foundation, details to follow.

Arrangements are under the care and direction of the David A. Pickering Westborough Funeral Home.