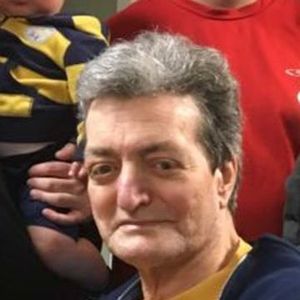 Marlborough – John P. Roberts, 59, of Marlborough, died Friday, Sept. 22, 2017 at Marlborough Hills Healthcare. He was the husband of Donna (Jusseaume) Roberts of Marlborough to whom he had been married since 2016.

Born in Marlborough, he was the son of Jessie (McPhail) Roberts Chesborough of Marlborough and the late Joseph Roberts. He was also the step-son of the late Phillip Chesborough.

Along with his love of fishing and spending time at Hampton Beach, he was a NASCAR fan. John, a talented drummer, was a member of the band Blue Vue, which plays throughout the local area.

John worked in the Custom Auto Body field throughout his life, winning many awards for his Custom Auto Paint work.

Besides his wife and mother, he is survived by his step-son, Joshua Dyer of Marlborough; his step-daughter, Heather Jones and her husband Jeff of Lancaster; his brothers, Joseph Roberts and his wife Anne of Hopkinton and Richard Roberts and his wife Lisa of Marlborough; his grandchildren, Mackenzie DiBuono and her husband Jake, Marissa Gibson, Ryan Dyer and Jacob Jones; and his great-grandchildren, Colton and Ryder, as well as many nieces and nephews. John was also the brother of the late David Roberts.

Visiting hours will be held Thursday, Sept. 28, from 4-7 p.m., at the Slattery Funeral Home, Inc., 40 Pleasant St., Marlborough, with a blessing by Pastor John Townsend. Burial will be held at a later date.

Donations may be made to the Brain Injury Association of America at www.BIAUSA.org.