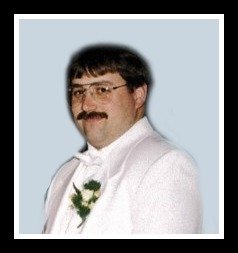 Born in Worcester in 1964, he was the son of John and Betty Ann (Johnson) Baldino. Steven lived in Worcester until moving to Shrewsbury.

Steven leaves his wife, Kristi (Briggs), and their son, Zachary, who was his pride and joy. He also leaves behind his two beloved dogs. Steven and Kristi recently celebrated their 20th wedding anniversary. He also leaves behind his siblings, a sister, Lynniece and her husband Dennis Cullina, and brothers, David and Joseph Baldino, along with cousins, nieces, and nephews.

Graduating from Boys Trade in Worcester, Steven signed up for the U.S. Army upon graduation. He was very proud to have served his country for eight years in the U.S. Army, spending most his time in Germany as a corporal in the Military Police. After the military, Steve worked at Wyman Gordon’s and later for Spag’s Supply for many years as the security director. After leaving Spag’s, Steven worked at Logic Communications company, installing phone systems until he was no longer able to work.

The family would like to thank the doctors and nurses at both Dana Farber in Boston and Milford campuses for their efforts along with care and support. They would also like to thank the nurses and caregivers at the Salmon Adult Day Health Program and the Salmon VNA and Hospice for their kindness and caring for Steven while he was with them.

Family and friends are invited to visit with Steven’s family Friday, Nov. 3, from 5-8 p.m., in the BRITTON-SHREWSBURY FUNERAL HOME, 648 Main St., Shrewsbury. A Service of Remembrance will be held Saturday, Nov. 4, at 9 a.m. Burial with military honors will follow in Worcester County Memorial Park, Paxton.

In lieu flowers, donations may be sent Dana Farber Cancer Institute, the Salmon VNA/Hospice program or to the Salmon Adult Day Health Program located in Northbridge.