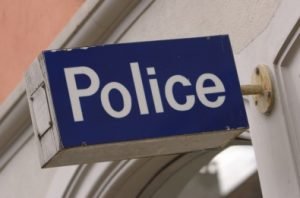 Worcester – The Worcester Police Department has released the following statement:

On Tuesday December 12, 2017 at approximately 8:30 AM, Worcester Police were dispatched with the Worcester Fire Department for a report of a motor vehicle on fire in Hope Cemetery. Officers located a sedan in the rear of the cemetery engulfed in flames.

After the Worcester Fire Department extinguished the fire, officers discovered human remains inside the vehicle. In a statement from Worcester County District Attorney Joseph Early Jr.’s office, the victim was identified as Cynthia Webb, 59, of Sterling.

On the evening of 12/19/17, a collaborative effort of the Worcester Police, Peabody Police, and Massachusetts State Police resulted in the arrest of Steven Foley, 56, of 76 Shadylane Ave. in Northborough, on an outstanding warrant. A warrant was issued by the Worcester District Court for Mr. Foley for the charge of Burning a Motor Vehicle.

Mr. Foley was arrested in Peabody, and transported to the Worcester Police Station for booking. He will be arraigned in Worcester District Court in the morning. The investigation into the incident at Hope Cemetery is ongoing.

Northborough and Southborough to get air quality sensors