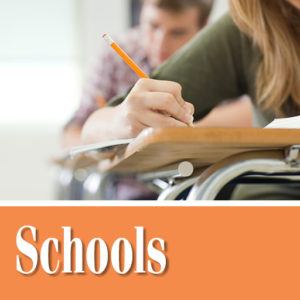 Northborough/Southborough – Since July 2016, the Northborough-Southborough Public School system has been investigating the feasibility of solar energy within their district.

“We have moved forward in a very collaborative way with our town,” shared Superintendent Christine Johnson.

The towns and the three collective school committees began the process of exploring the benefits of “going green,” one of which is to send an educational message to their students.

“We believe it important to be a good economic consumer and a good energy consumer so we put together the Request for Proposals (RFP),” Johnson noted.

The RFP process resulted in the selection of Tighe & Bond, an engineering and environmental consulting firm, to do a comprehensive study (Phase I). They presented their findings this fall which detailed preliminary information. Johnson reported that they liked what they learned and that there was the potential for some impressive returns that the towns would gain by following through with this concept.

The project has been broken into phases and Phase II will delve deeper into the various sites that will have the higher levels of return for cost savings. This phase will include the Request for Quotes (RFQ) from solar providers. The towns would lease the solar equipment rather than purchase which would alleviate any capital outlay.

Tighe & Bond’s Feasibility Study consisted of roof top and parking lot canopy solar units. Phase II will include structural analysis to determine the most viable sites within the school district’s 10 buildings, and Phase III will include equipment procurement and contract negotiation to move forward.

There are pluses and minuses to both types of solar units. The advantages of roof-mounted solar panels include streamlined aesthetics, optimization of space, fortification of roofs and greater speed of installation. Negatives include spatial limitations, orientation to the sun, age and condition of the roof, and zoning restrictions.

Parking lot canopy units are becoming more popular as roof and ground sites become scarce. They also provide secondary benefits such as heat reduction in summer and protection from weather elements. However, there is concern over difficulty in the winter with snow plow maneuverability.

As Phase II progresses, towns will analyze the information and opportunities for public input will occur. There will also be an educational component for students to track energy consumption and calculate costs and savings as part of their curriculum.