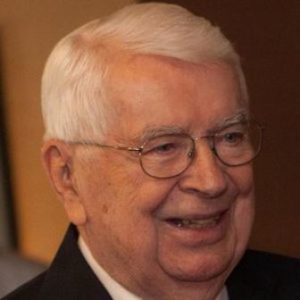 Born in Sydney, Nova Scotia, he was the son of the late John A. and Geraldine (Bates) Gillis and the husband of the late Edna (Dullea) Gillis of Marlborough. He retired in 1990 from General Chemical, where he had been employed for 30 years, much of that time as the general manager.

Joe was an integral part of any community he joined, working tirelessly to promote social justice and improve the lives of everyone, particularly the needy. He raised his family in Natick, where he also worked with the Natick Committee for a Nuclear Weapons Freeze, the Natick Ecumenical Refugee Resettlement Committee, the Natick Democratic Committee, Pax Christi, and the Natick Peace and Justice Committee, and was a member of the Rotary Club.

In 1978, along with his wife, he opened A Place to Turn, an emergency food and clothing pantry dedicated to serving those in need, in the belief that all people deserve to be treated with dignity and compassion. He was an active member of St. Patrick’s Parish, involved with the religious education program and Christian Living Retreats, and served as Extraordinary Minister of Holy Communion and as a member of the Parish Pastoral Council.

After moving to Marlborough in 2000, he was an active member of St. Matthias Parish, serving as an usher for many years. He also served as the Treasurer for the Association at the Villages of Marlborough East, where he lived.

He is survived by his sons, Tom Gillis and his wife Ursula of Kensington, Md., John W. Gillis and his wife Joyce of Natick, and Dan Gillis and his wife Helen of Dracut; his daughter, Margaret Gillis of Malden; his sister, Sally Gillis of City of Nova Scotia; his sister-in-law, Arlene Dullea of Plymouth; and his brother-in-law, Gerry Dullea of Bloomsburg, Pa. He is also survived by his grandchildren, Madeleine, Monica, Kelly Carroll and her husband Sean, Leigh Effren and her husband Jay, Abigail and Rebecca, as well as his great-grandchildren, Hannah, Brennan, Declan, Nora and Kieran. He was also the father of the late Mary Gillis, who died in 2010, and the brother of the late Fr. Larry Gillis, Gerry, John Hugh, Cyril, Chris, Bernie, Ronald, Mary and Jane Gillis and Sr. Aileen Gillis and Sr. Anne Gillis.

A funeral Mass and burial will be held at a later date.

Arrangements are under the direction of the Slattery Funeral Home, Inc., 40 Pleasant St., Marlborough.