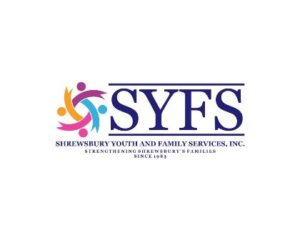 Shrewsbury – It was once a topic that was rarely talked about – mental illness, particularly in children. Fortunately, thanks to the efforts of many medical professionals, social services providers, educators and others, mental illness is no longer the taboo subject it once was.

Statistics show that one in five children ages 12-18 has, or will have, a serious mental illness; four out of five children will go undiagnosed; and 50 percent of lifetime mental illnesses have an onset before age 14. Studies have shown that children with mood or anxiety disorders are nearly twice as likely to suffer from substance abuse.

Not every child who shows moodiness has a mental illness, of course. But too often, parents or others dismiss a situation as “just growing pains” or “typical teen behavior.” That, combined with a stigma that still surrounds the topic of mental illness, can result in many children not getting the support and services they so desperately need.

That’s why programs such as the Youth Mental Health First Aid run by the Shrewsbury Youth & Family Services, Inc. (SYFS) are so important. This eight-hour course, geared toward adults, teaches parents and educators how to identify the signs and intervene to support a teen showing signs of a mental health challenge, substance use or an emotional crisis.

The course is funded by a three-year Project AWARE-Community grant that was awarded in October 2015 from the Substance Abuse and Mental Health Services Administration.

Christine Mowry, SYFS’s interim executive director, has overseen the workshop over the past two years. Working with local schools is critical, she said. As such, over 300 local residents, teachers, professionals and others have taken the course in the last 18 months. Westborough Public Schools has trained almost 100 faculty members and the Robert E. Melican Middle School in Northborough will train 90 in January.

“Our public schools recognize the prevalence of mental health issues during adolescence and they are committed to partnering with SYFS in increasing mental health literacy among the faculty, eradicating stigma and linking kids to services to stop the onset and progression of mental illness,” she said. “If we want to stop the opioid crisis, it begins with early intervention and before maladaptive coping skills such as substance use are developed. We have to begin these conversations early as 50 percent of mental illness has an onset before the age of 14, and 90 percent of those with a substance use disorder also have an underlying mental health issue.”

Over the course of the eight hours, participants will learn to recognize the warning signs of common mental health disorders such as anxiety, depression, psychosis, eating disorders, substance use disorder and disruptive behavior disorder. Upon completion of the course, participants will receive Youth Mental Health First Aid certification valid for three years.

The response from local educators has been overwhelmingly positive.

“Even though, being a counselor, I know how to communicate empathetically with others, the topics of suicide or self-injury used to feel somewhat intimidating,” said Chiara Doretti, a school counselor for the Westborough Public Schools. “The recent Mental Health First Aid course was a valuable experience, as I learned how to identify and respond to signs of mental illnesses, including suicide. I am now confident in my ability to respond to any mental health crises.”

Jennifer Callaghan, assistant principal of the Melican School, noted that “the middle school years are crucial for children. Mental health issues that go undetected or unaddressed during these formative years can lead to more serious issues later in life.”

“By engaging in the Youth Mental Health First Aid Certification Program, we hope to empower our teachers, administrators, and staff to better support our students in the area of mental health,” she added. 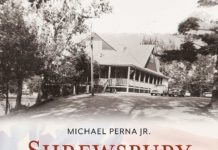