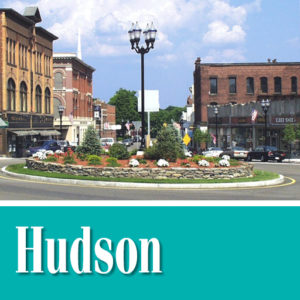 Hudson – Selectmen recommended Jan. 22 that a bylaw restricting recreational marijuana sales to an existing medical marijuana zoning district be voted on at Hudson’s May Town Meeting.

One of the more restrictive options the town could have taken, the bylaw also bans both “marijuana cafes” where customers could use in a bar-like atmosphere, and commercial marijuana growing operations.

Though describing it as “quite restrictive,” Executive Assistant Tom Moses said the bylaw reflects the Board of Selectmen’s commitment to respecting Hudson’s narrow yes vote on the 2016 ballot question that legalized marijuana.

“That was at a national election where the turnout was huge,” Moses said. “We’re never going to get turnout like that on a local election so that was a great way to gage the pulse of the town.”

The bylaw did have its opponents, however. Selectman Fred Lucy voiced his frustration with the entire article shortly before casting the sole vote against it.

“I certainly agree [with attendees of a listening session held four days earlier] that what we’ve put here is not enough and will not result in a retail marijuana store to say nothing of two or three,” he said.

Though no businesses have approached the town about opening recreational-only dispensaries, Hudson already has one medical dispensary under construction and another currently seeking permits, according to Moses. Under current state regulations, both could add recreational arms to their businesses after sales become legal July 1.

“We took that as a given,” Moses said. “Placing the geographic [recreational marijuana] restriction to exactly where the medical marijuana restriction is, basically says ‘Yeah we realize you’re going to add that line to your business’ and that’s OK with us.”

With that understanding, selectmen settled on the current bylaw, hoping it will pass easily in May and ensure Hudson has regulations in place by July 1.

Moses added that selectmen wrote the bylaw with the mindset that they could amend it to be less restrictive in the future.

“[The bylaw] can evolve and grow,” Moses said. “But you couldn’t let retail sales happen all over the place and then slowly restrict them. It doesn’t work that way.”

In order to take effect, the article must pass at May’s Town Meeting. From there, the state attorney general would need to sign off on it.

Nikki A. Anderson, 65, of Leominster and Hudson