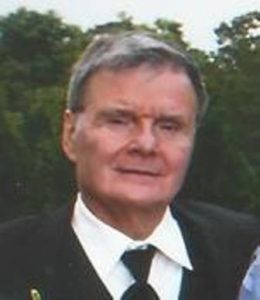 Grafton – Elliot J. Siedlecki, 73, of North Grafton, passed away suddenly Sunday, Feb. 4, 2018 while watching the first half of the Super Bowl.

Elliot is survived by his wife of 46 years, Maureen (Kelley) Siedlecki; son James of North Grafton; and son Michael and his wife Jessica (Vander Ploeg) of Holden. Elliot is also survived by two grandsons, Jacob and Alexander of Holden, who affectionately called him “Papi.” He also leaves his beagle, Betty. He leaves a sister, Frances Johnson, of Centerville, as well as several nieces, nephews, and cousins. Elliot was predeceased by his parents, Waleryan and Mary (Sadowski) Siedlecki, and his daughter, Lisa, who died in 1978.

Elliot was born March 4, 1944 in Worcester. He graduated from St. Mary’s High School in 1961 where he was the captain of the baseball team. He attended Worcester Junior College. He played softball in several leagues and enjoyed bowling and fishing. Elliot served in the army. Elliot worked for several years at the United States Post Office in Worcester and at the Central Massachusetts Distribution Center in Shrewsbury before retiring in 2005.

Elliot was an avid Red Sox fan. He cites the Red Sox comeback from being down 3-0 against the Yankees in 2004 as his favorite moment in sports. Elliot also enjoyed watching the Patriots, Celtics and professional wrestling. Elliot was also an avid horse racing fan who enjoyed trips to Saratoga and Rockingham Park and Plainfield. Elliot enjoyed spending summers in York Beach, Maine with his family and friends. He especially enjoyed spending time with his two grandchildren, teaching them about history, science fiction and sports.

Elliot will be missed dearly by his family and friends. He will be remembered as a loving husband, father, grandfather, and friend.

In lieu of flowers, memorial donations may be made to the Second Chance Animal Shelter, 111 Young Rd., East Brookfield.

A Book of Memories to share a story or memory of Elliot or message of sympathy with his family is available online at www.RoneyFuneralHome.com.