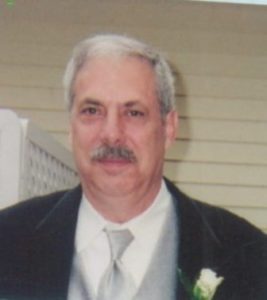 Shrewsbury – Theodore “Ted” Belanger, 67, a lifelong Shrewsbury  resident and New Smyrna Beach, Fla. winter resident, passed away Sunday, Feb. 18, 2018 with his devoted wife Janet by his side in Florida from complications of esophageal cancer.

Ted was born April 17, 1950 in Worcester, a son of Antoine A. and R. Lorraine (Bonin) Belanger. He graduated from Shrewsbury High School, class of 1968, and Worcester Industrial Technical Institute, class of 1970.

Ted worked as Manager of Maintenance at Supervalu & GKN Industries. Before retiring, he was Director of Facilities for Southgate at Shrewsbury.

Ted and Janet lived in Shrewsbury all their life and wintered in Florida as “Snow Birds” for the past four years.

Ted was an outdoorsman who found enjoyment and peace beyond his family hunting, fishing, camping, golfing, and riding motorcycles with Janet. His greatest moment was those spent with family around him on special occasions, holidays, and those times they could all be together.

Friends and relatives are invited to a period of calling hours Sunday, March 4, from 11 a.m. to 1 p.m., in the MERCADANTE FUNERAL HOME & CHAPEL, 370 Planation St., Worcester. Burial will be private.