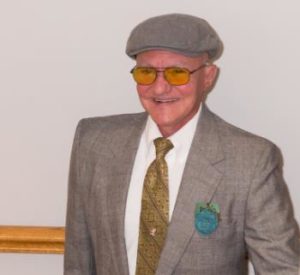 Hudson – John DeBraga, 75, of Hudson, passed away peacefully Monday, March 5, 2018 at Marlborough Hospital. He is reunited with his beloved wife, Carol A. (Whiteaker) DeBraga, who predeceased him in 2004.

John was born and raised in Santa Maria, Azores, Portugal, the son of the late Jose and Lena (Periera) Braga. He immigrated with his family to Hudson at the age of 13 and has resided there since. John proudly served his nation in the United States Army. He worked for the town of Hudson and eventually retired as the Assistant Chief of the town’s Waste and Water Management.

John enjoyed playing pool and drawing. He also liked traveling to the beach especially in Salisbury. Most of all, he loved spending time with his family.

John is survived by his children, Tracie J. DeBraga of Hudson, Cammy A. O’Coin and her husband Brian of Rutland, Brent T. DeBraga and his wife Jaymie of Marlborough, and Jessica M. P. Evers and her husband Jonathan of Oakham; his grandchildren, Dean O’Coin, Eric O’Coin, Tre DeBraga, Kaylee DeBraga, Jeanne DeBraga, John DeBraga, Bailey Evers, Wesley Evers, and Devin Pierce; and many nieces and nephews. In addition to his wife and children, he was also predeceased by his son John D. DeBraga, and his siblings, Inez Moreira, Manuel Braga, Seraphine Braga, and Maria Chaves.

Relatives and friends are invited to a period of visitation Thursday, March 8, from 5-8 p.m., at TIGHE HAMILTON REGIONAL FUNERAL HOME, 50 Central St., Hudson. A funeral service will be held the following day Friday, March 9, at 10 a.m., in the funeral home followed by a procession to Saint Michael Cemetery for burial.

In lieu of flowers, memorial donations can be made in his name to the American Cancer Society, P.O. Box 22478, Oklahoma City, OK 73123 (www.cancer.org).