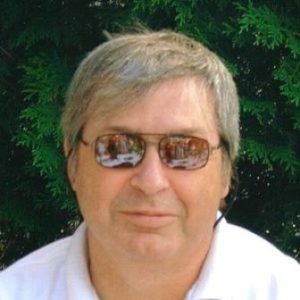 Hudson – John (Jack) William Nugent Jr., 65, of Hudson, formerly of Pepperell, passed away Friday, March 9, 2018 following an extended illness. He was the son of the late John W. and Rita M. (Seymour) Nugent of Hudson.

Jack was known for his love of his family and sense of humor, which sustained him throughout his long fight with diabetes and kidney failure.

Jack was a graduate of Bentley College and worked as a senior financial analyst for many years.

He leaves behind his beloved partner of over 20 years, Carol Hensiek of Manchester, N.H., and daughters Patricia and husband Paul Westpfal of Fayetteville, N.Y. and Kathleen and husband Alex Butterfield of Plaistow, N.H. He dearly loved his daughters and his three grandchildren, Michael Paul Westpfal and Anthony and Nicole Butterfield. His daughter Patricia and family are eagerly awaiting a fourth grandchild due in May. He also leaves his sister, Jane Neish and husband John of South Berwick, Maine; his brother, Jim Nugent and his wife Nancy Fay-Nugent of Marlborough; his niece, Heather Palardy and husband Rick and their children Aislinn and Grant of South Berwick, Maine; and nephew Scott Neish and wife Lauren of Hudson, N.H.

Jack was a lover of the outdoors and held an amateur radio license (W1JAI). He worked for years with the communication team at The Boston marathon, (he was a fixture at “Heartbreak Hill”), and the head of the Charles Regatta. He volunteered for many efforts in his community, assisting in the Pepperell Youth Soccer program, was a referee for youth hockey and taught a hunter safety course in conjunction with the local police department.

His lifelong pursuits in the outdoors included hunting, fly fishing, birding, cross country skiing and hiking. He cherished the peace and tranquility of the forests of New Hampshire hiking with his partner Carol and time spent birding at Plum Island, Cape Cod, the Everglades, the White Mountains and lakes region of New Hampshire and participated in the annual Audubon Massachusetts bird count. He recently got his grandchildren involved with bird watching and participating in the annual bird count. He attended the Scottish Highland games every year. His nephew Scott fondly remembers the family camping trips and mornings spent fishing on the Nissitissit and Squannacook rivers near their home.

A luncheon to celebrate Jack’s life will be scheduled for a later date. A memorial service is being planned for this summer at the Cathedral of the Pines in New Hampshire.