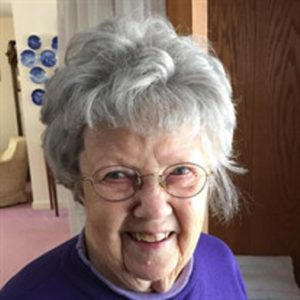 She is survived by her grandson, Timothy J. Wolcott; her great-grandson, Treyton R. Wolcott; and several nieces and nephews.

Born in Shrewsbury, she was the daughter of the late Charles H. and Isabelle P. (Childs) Smith. She graduated from Shrewsbury High School, Lasell Jr. College and the Fairchild Business School.

Family and friends will honor and remember Margaret’s life by gathering for calling hours at The Chiampa Funeral Home, ~Sumner House~, 5 Church Rd., On the Common, Shrewsbury, on Saturday, March 17, from 10:30-11:30 a.m. Her funeral service will follow at 11:30 a.m. in the funeral home. Burial will follow at Mountain View Cemetery of Shrewsbury.

In lieu of flowers, expressions of sympathy in her name may be made to the charity of one’s choice.