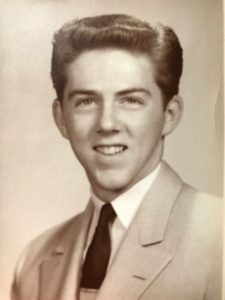 Born in Westborough, he was the son of the late Francis Bulger and Grayce O’Neill. A sister, Mary Jane Foley, predeceased him. He is also survived by his three sisters, Beverly Bulger and Elaine Bulger of Marlborough and Grayce Mullins of Grafton.

He leaves behind his children, Jack Bulger of Nantucket, Lissa Brummet of Northbridge, and Eric Bulger of North Brookfield, along with six grandchildren and three great-grandchildren.

Jon had a passion for music and would often perform songs of Sinatra or the Beach Boys for friends. He also enjoyed hunting, trap shooting and riding his motorcycle but his favorite thing to do was ski. He taught his children to ski and could often be found at Mount Wachusett doing what he loved the most.