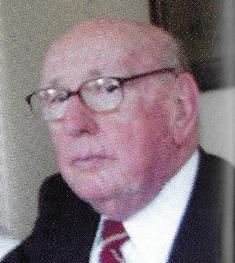 Northborough – Edward C. Shanley passed away peacefully at home Tuesday, April 10, 2018 after an illness. He was 84 years old.

Born and raised in Malden, he was the son of Charles and Marion (Meelia) Shanley. Ed proudly served his country in the U.S Army in Korea during the Korean War.

From the 1950s through the mid-1960s, Ed worked as a typesetter for the Boston Herald. He was employed in sales with Compugraphic Corp. during the mid-1960s until his retirement in 1993.

Ed was devoted to his Catholic faith and was an active member of St. Rose of Lima Parish. He was a former member of the Northborough Lions Club and coached Little League baseball in town when his sons were young. He was dedicated to his family and will be remembered as a loving husband, father, grandfather, brother, uncle and cousin.

In lieu of flowers, donations may be made to St. Rose of Lima Parish.