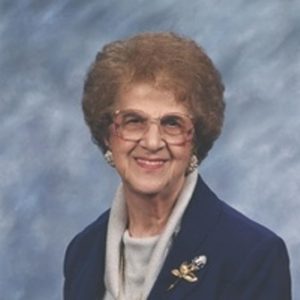 A resident of Grafton and recently of Shrewsbury Crossings, Violet was a long-time teacher whose career began in a one-room school in West Virginia at the age of 19. She loved the children so much that she attended night school to earn her Bachelor’s Degree in Elementary Education from Morris Harvey College.

Her career spanned four decades, teaching in West Virginia, Virginia and Massachusetts, culminating with her retirement from the Grafton Public Schools in 1985. Throughout her tenure, parents often requested that their children be placed in her class room. She was also graced with many “thank you” notes and letters from past students, who she inspired to become educators themselves.

The youngest of five children, Violet was born to Moses and Edna (Lewis) Namay in Charleston, W.V. After a whirlwind romance, she married Samuel Salem Sr. of Worcester and began raising their family while pursuing her career. She was predeceased by her husband, who died in 1977.

Violet was a member of Saint George Orthodox Cathedral, where she served as Superintendent of Sunday School for many years, and was one of the first women to be elected to serve on the Parish Council.

Calling Hours will be held Friday, April 27, from 4-7 p.m., in Saint George Cathedral, 30 Anna St., Worcester, and again on Saturday morning, from 10:30-11:15 a.m., followed by a funeral service at 11:30 a.m., with Father Milad Selim presiding. Interment will follow in Hope Cemetery in Worcester.

In lieu of flowers, donations in her memory may be made to Saint George Orthodox Cathedral, 30 Anna St., Worcester, MA 01604.