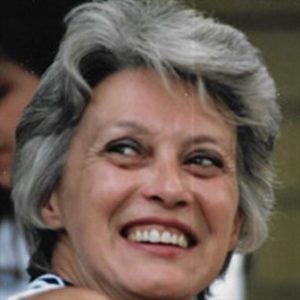 Hudson – Lucille M. (Hill) Kittredge Roussel, 87, of Hudson, Mass.; Hudson, N.H.; and Haines City, Fla., passed away peacefully in her sleep Saturday, April 21, 2018 at the home of her daughter and son-in-law after a period of declining health.

Lucille was born and raised in Hudson, Mass., the daughter of Everett and Cordelia “Peggy” (Breault) Hill. Lucille attended school in Hudson, graduating from Hudson High School, class of 48. Lucille married and raised her family of seven children in Hudson.

She worked for many years in a local bank and then as a secretary in the office of the Building Inspector for the Town of Hudson, Mass., before retiring and moving to Hudson N.H.

In later years, Lucille enjoyed being surrounded by her children, grandchildren, and great-grandchildren. She enjoyed traveling, time at the beach or at the pool, painting, bird watching, crossword puzzles and her Boston Red Sox.

A calling hour will be held Sunday, June 10, from 11 a.m. to 12 p.m., immediately followed by a memorial service at TIGHE HAMILTON REGIONAL FUNERAL HOME, 50 Central St., Hudson, Mass. Lucille will be interred in Forestvale Cemetery in Hudson at the conclusion services in the funeral home.