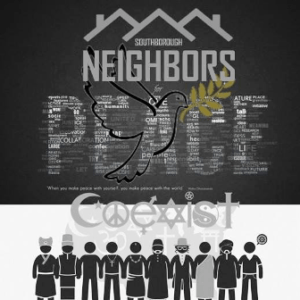 Southborough – In Islamic culture, Ramadan is the most sacred month of the year. It is observed by Muslims worldwide as a month of fasting to commemorate the first revelation of the Qur’an (the Islamic sacred book) to Muhammad according to Islamic belief. This year it starts Tuesday, May 15.

The group is inviting Southborough families to its third annual Iftar dinner, which will be held at St. Mark’s Episcopal Church Saturday, May 19, at 7 p.m. (Iftar is a meal eaten by Muslims after sunset during Ramadan.)

This year’s gathering will be held in memory of those lost in the Parkland, Fla. and Toronto tragedies. Non-perishable food items will be collected for the Southborough Food Pantry.

“This dinner really makes sense. The purpose of Ramadan is building a sense of community with everyone, not just those who observe,” Medina said.

“Ramadan is the most spiritual month for Muslims. Those who observe it are required to fast from sunrise to sunset, including abstaining from food and water.

“You have to redirect your life in a good way to make this work. That means being more conscious of everything you do. With fasting, there is a real sense of accomplishment. Also, it makes you realize that unlike you, there are people who are hungry and thirsty because they have no access to food.”

Recalling growing up in Toronto, Medina said, “I always thought of being a minority as a very positive thing. Years ago, Ramadan was very different since no one knew what it meant. Now the world has changed.”

Reverend Phil LaBelle, the pastor at St. Mark’s Episcopal Church. The two met through their children.

It was during the turmoil of the 2016 Presidential primaries that LaBelle reached out to him, Medina said.

“Reverend LaBelle said, ‘Let’s catch a cup of coffee because all of this is bothering me.’ We realized that Southborough is a wonderful place, and everyone is respected, but it would be better to have more interfaith dialogue.”

“As a Christian priest, I didn’t know much about Ramadan other than what I learned at seminary: that it was the month when Muslims fasted during the daylight hours in honor of the Prophet Muhammad receiving the Qur’an.,” LaBelle said. “What my Muslim neighbors have taught me is that while they fast during the day, there is great celebration and feasting when the sun sets.”

“My life has been enriched by these (interfaith) friendships and in learning more about the different ways people worship God,” he added.

Southborough Neighbors for Peace is now made up of a core group of 15 to 20 members, according to Medina.

“We have members who are Muslim, Jewish, Mormon, and Episcopalian,” he noted.

To RSVP for the May 19 dinner, email Safdar.medina@gmail.com up until Friday, May 18.

For more information about Neighbors for Peace, visit www.facebook.com/neighborsforpeace.