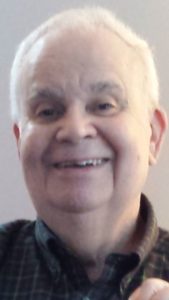 Born and raised in the South End of Boston, he was the son of Leo and Esther Nolan. He was a graduate of Boston Technical High School, Northeastern University, and Fitchburg State College.

He worked for the Raytheon company for 38 years.

For the past 50 years, he resided in MetroWest Boston.

A memorial service will be held in June at the Massachusetts National Cemetery at Connery Avenue in Bourne.