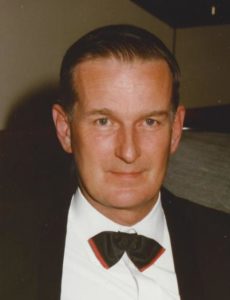 Hudson – Carl Everett Erlandson Jr., 75, of Hudson, passed away peacefully at home, surrounded by his loving family, Tuesday, May 15, 2018. Carl was the son of the late Carl and Rose (Roche) Erlandson and was a lifelong resident of Hudson.

Carl leaves his loving wife of 55 years, Donna (Benedetti) Erlandson; his son; John Erlandson and his wife Lisa; and his daughter; Christine Searles and her husband Charles. He also leaves his four grandchildren, Shelby and Shawn Searles and Timothy and Michael Erlandson. He is also survived by his sister; Janet Yesue and her husband Robert; as well as many nieces and nephews.

Carl graduated from Hudson High School in 1960. He was a produce manager at First National Grocery Store for 25 years and then at Donelan’s Supermarket in Littleton until his retirement in 2005. After he retired, he continued to work part time in the produce department at Stop & Shop Supermarket in Hudson.

Carl’s favorite times were those spent with his family, especially vacationing at Hampton Beach, and including their deep sea fishing excursions, the family cruise to Bermuda, and trips to Aruba and Hawaii. His family brought him so much happiness and he loved them more than anything in this world. He could not have been any prouder of his four grandchildren. We will all miss him dearly.

Relatives and friends are invited to attend calling hours Friday, May 18, from 4-7 p.m., at TIGHE HAMILTON REGIONAL FUNERAL HOME, 50 Central St., Hudson. A funeral service will be held Saturday, May 19, at 10 a.m., in the funeral home. Burial will follow in Forestvale Cemetery of Hudson.