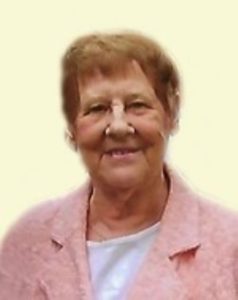 Shrewsbury – Sheila A. “Sally” (Ambrose) Caggiano, 84, of Shrewsbury, died Thursday, May 17, 2018 at Saint Vincent Hospital after an illness.

Sheila was born and raised in Winthrop, daughter of the late Louis and Celia (Mack) Ambrose. She graduated from Winthrop High School and later married Thomas R, Caggiano, moving to the Worcester area before settling in Shrewsbury in 1963.

Sheila had worked at the former Child World in White City for several years and later for Sears and Roebuck’s before she retired. She also was active while her children were young with the Shrewsbury Little League and managed its concession stand. In her retirement she volunteered for the Shrewsbury Council of Aging.