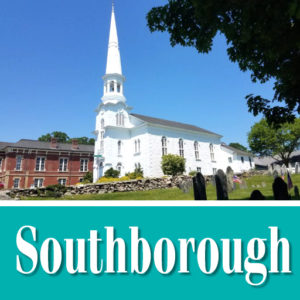 On June 2, 2018, at approximately 0043 hours, Patrolman Steven Neivert was on patrol on Turnpike Road in Southborough.  As he crossed over the line into Framingham, Officer Neivert noticed a vehicle parked at the Safeway Gas Station located at 1701 Worcester Road.  The station was closed at the time, so he stopped to check on the status of the car.

Officer Neivert observed a male slumped in the driver’s seat who was unresponsive.  The male’s breathing was extremely weak, and he was bleeding from the nose while covered in sweat.  Officer Neivert administered two doses of Narcan for a possible overdose, and assisted the victim with his breathing using an Ambu Mask.  Backup Southborough units including Patrolman John Officer and Sergeant Sean McCarthy assisted until Framingham Police and Fire arrived on scene.  The male began to recover, and was transported by AMR Medics.  A white powdery substance residue and a straw were located in the center console of the vehicle.

Officer Neivert will be nominated to receive the department Life Saving Award.  He has also been commended by the Framingham Police Command Staff for his efforts.