Marlborough – On May 23, Marlborough residents age 60 and over were guests of Mayor Arthur Vigeant for the 42nd annual Senior of the Year Dinner at the Marlborough High School (MHS) cafeteria. The occasion recognizes a resident who is at least age 85 and has contributed to the betterment of the community. Vigeant expressed gratitude while awarding the honor to Christie Rembetsy for his longtime commitment to the city as well as the country.

“Christie has a record of distinguished military service in the United States Marine Corps in both World War II and the Korean War, and has continued service at home as a volunteer for a number of charity organizations,” Vigeant said. “Christie has been a leading member of the community, approaching everyone with a neighborly disposition, always willing to assist others with his skills as a mechanical engineer, and has been an outstanding father and friend.” 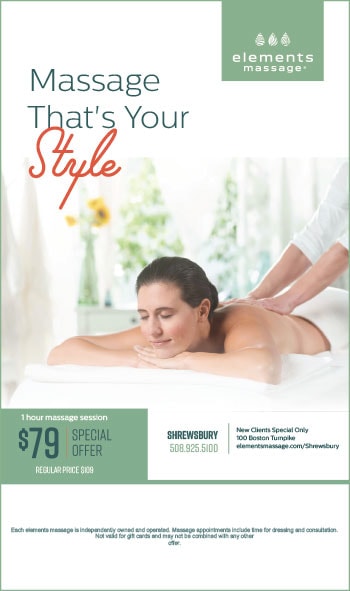 The Senior of the Year honoree was nominated by his daughter, Judy McDonald. Now retired after working as a nurse for over 40 years, she credits her father for instilling in her a passion to help others. She brings her father to chair yoga class at the Marlborough Senior Center, where Council on Aging Director Trish Pope suggested she nominate him. McDonald fondly remembers hearing stories about her dad’s lifelong commitment to volunteerism, noting that he enlisted in the Marine Corps as a teenager before graduating from high school.

“Until recently, he was the Marine Corps League chaplain, visiting the sick and attending funerals for veterans, as well as visiting the Bedford Veterans Administration and helping them get to Mass,” she said. “Our dad has been a volunteer in so many ways.”

Among Rembetsy’s other community contributions are several years of coaching Little League teams; collecting donations through the Tootsie Roll Drive of the Knights of Columbus Council 81 to benefit people with developmental disabilities; and volunteering with the Life Teen youth ministry program when there were four Catholic parishes in Marlborough: Immaculate Conception, St. Matthias, and the now-closed St. Ann’s and St. Mary’s.

“His proudest volunteer work was running and teaching the CCD and confirmation program at St Matthias Parish for 40 years,” McDonald said. “Our dad has always been willing to help a neighbor in need – or a stranger for that matter. His family is proud to call him Dad, and we are especially proud of this honor that has been bestowed upon him.”

Guests were entertained before dinner by the MHS Jazz Combo under the direction of Jonathan Rosenthal, music coordinator for kindergarten through 12th grade at Marlborough public schools. Following the musical entertainment, a benediction was offered by Deacon Doug Peltak of St. Matthias Church, where Rembetsy is an active parishioner. Opening remarks were delivered by Jim Coffrey, Marlborough Council on Aging chair.

The complimentary chicken dinners followed by strawberry shortcake for dessert were prepared under the direction of Jenna Plant, MHS food director. Meals were served by city councilors and Council on Aging board members.