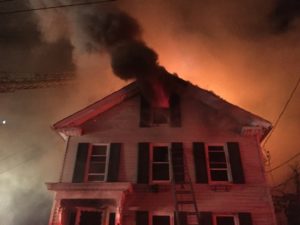 Marlborough – Firefighters fought a three-alarm fire at 144 Chestnut St. on the morning of July 6. The alarm was received at 2:23 a.m., sending Marlborough’s Car 5, Engines 1, 3, 6, Rescue 1 and Ladder 2 to the scene. Car 2 also responded. Engine 6 (a reserve truck), stationed at the Pleasant Street Firehouse was first due. Lt. Dan Chaousis struck the second alarm for the fire right away, which recalled off duty personnel as well as mutual aid from neighboring departments. 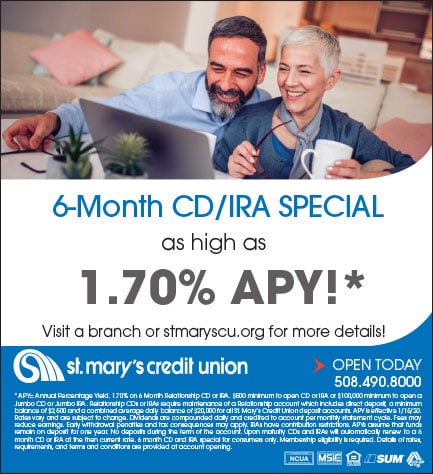 All of the home’s residents were able to escape the blaze.  They were alerted to the fire by their dog, which started barking and woke up the residents.

An interior fire attack was started, but conditions inside the structure rapidly deteriorated; a third alarm was struck. Battalion Chief David D’Amico ordered the firefighters out of the building and fire operations went defensive, with firefighters operating master streams and numerous hose lines and attacking the fire from outside, commonly referred to as a “surround and drown” operation. The roof in the rear of the structure collapsed. The fire was so intense, the vinyl siding of the house next door began to melt.

The towns of Hudson, Southborough, Northborough, Berlin, Sudbury and the city of Framingham sent fire apparatus to the fire scene and to Marlborough’s fire stations to cover.

Two other home suffered some form of damage; the home directly next door with the melted siding, another with a flooded basement from fire stream runoff. 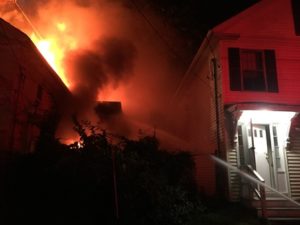 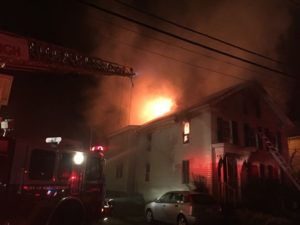