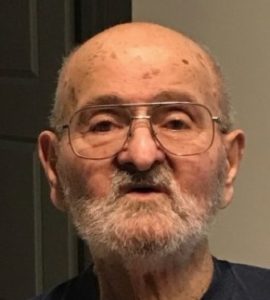 Marlborough – Ralph E. Vacca, 82, died July 13, 2018 after a long period of failing health. He was the husband of Catherine (Fialkosky) Vacca, to whom he was married for 64 years.

He was born in Brighton, the son of the late Ralph C. and Anna (Larose) Vacca.

Ralph worked in construction for many years and was a proud, longtime  member of the International Union of Operating Engineers (IUOE) Local 4. He retired in 1999.

Besides his wife he is survived by three sons, Ralph Vacca of Ashland, Michael Vacca of Hudson, and John Vacca of Marlborough; three daughters, Carol Ann Collette of Hopkinton, Theresa Marie Mailly of Marlborough, Mary Ann Vacca, and his “baby,” Catherine of Marlborough; one sister, Joan Valente, and one brother, Edward Vacca; and many grandchildren, great-grandchildren, nieces and nephews, friends and others whose lives he touched. He was predeceased by a son, Robert Vacca, and his beloved dog, Heidi.

A celebration of life will be held Monday, July 23, from 5-7 p.m., in the William R. Short and Son Funeral Home (www.shortfuneral.com), 95 West Main St., Marlborough.

In lieu of flowers memorial contributions can be made to Saint Jude’s Children’s Hospital, 262 Danny Thomas Place, Memphis, TN 38105.