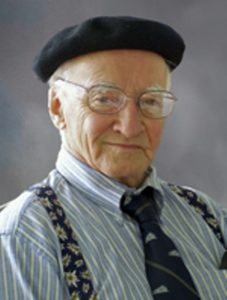 In 1964, he accepted the position of Associate Professor in the Electrical Engineering department at Worcester Polytechnic Institute in Worcester, Massachusetts. Although his research was published in engineering journals in the U.S. and Switzerland, his primary focus at WPI was teaching and mentoring students, especially at the graduate level. From 1972 to 1999 he served as coordinator of an exchange program between WPI and the Swiss Federal Institute of Technology. He retired from WPI as full Professor in 1999.

Willy acquired U.S. citizenship in 1977, continuing to hold dual citizenship with Switzerland. His interests included travel, music, water coloring and woodworking. In addition to visits with his children and grandchildren to Switzerland, he and his wife, Mary-Louise, traveled extensively on their own. Together they visited every continent, and every state in the U.S., often with Road Scholar. They also went on two world cruises and participated in the Semester at Sea program.

Willy was an avid reader and lifelong learner. He spent time in Québec learning French and in Costa Rica, Salamanca, and Oaxaca learning Spanish. He learned woodworking at the Campbell Folk Art School in North Carolina and took watercolor classes at the Worcester Art Museum.

Willy is survived by his wife of nearly 40 years, Mary-Louise Prunier Eggimann, and two daughters from his first marriage, Susan Eggimann of North Attleborough and Karin Eggimann of Marshfield. He also leaves twin grandchildren, Luisa Earle and Avery Earle.

A gathering of Willy’s family and friends will be held privately.