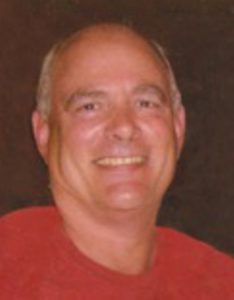 Grafton – John P. “J” Mollo, 61, of Grafton, died peacefully, with his family at his side, July 20, 2018 at his home after a courageous battle with Amyotrophic Lateral Sclerosis (ALS).

Born in Worcester, raised and educated in Shrewsbury, John was the son of Helen T. (Mickevicz) Mollo and the late John A. Mollo (1983). After graduating from Saint John’s School in Shrewsbury, he attended and was a 1980 graduate of Worcester State University. Following graduation, he entered into the work force in the lighting business and for a number of years was the proprietor of Lights On! where he considered all of his customers his friends.

J loved all sports and enjoyed playing street hockey, softball and golf. All who knew him will agree that he was an obsessive fan of the Baltimore Orioles and the Pittsburgh Steelers. He was a true trivia buff and was able to answer any question pertaining to sports and movies of all types.

J is survived by his wife of 35 years, Lisa (Jalboot) Mollo, and his daughter, Julie Mollo of Brooklyn, N.Y.; siblings David Mollo of Grafton, and Donrae Hogsett of New York, N.Y.; aunt and uncle, Georgina and Edward Mickevicz of Glastonbury, Conn.; father-in-law, Edward Jalboot of Dennis; sister-in-law and her husband, Linda and Michael Vitols of Westborough; and nephews, Joseph Vitols of Westborough, Nicholas Vitols of Groveland, Fla., and Michael Vitols and his wife Amanda of Shrewsbury.

In lieu of flowers, donation in J’s memory may be made to Compassionate Care ALS at https://ccals.org/you-can-help/donate/ or by mail to P.O. Box 1052, West Falmouth, MA 02574.

To leave a message of condolence or to view his “Book of Memories,” visit www.brittonfuneralhomes.com.