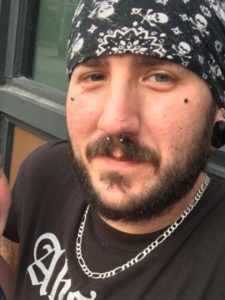 Millbury – Nathan R. Bryce, 34 of Millbury, formerly of Hudson, passed away unexpectedly July 24, 2018, at his home in Millbury.

Nathan was born Nov. 18, 1983 in Framingham, the son of Robert J. Bryce and Theresa A. (Osborne) Bryce. He was raised in Hudson and attended Assabet Valley Regional Technical School, where he studied auto mechanics.

Nathan worked as a mechanic after graduating school and most recently at Harr Dodge in Worcester.

Nathan enjoyed spending time outdoors fishing and practicing archery. He also loved music and going to live concerts to see his favorite groups. He was an outgoing person who was always fun to be around. A true mechanic at heart he loved cars and working on them, but most of all he loved his two daughters more than anything else in the world.

Friends and relatives are invited to a period of visitation Monday, Aug. 6, from 5-7 p.m., immediately followed by a memorial service at 7 p.m. at Tighe Hamilton Regional Funeral Home, 50 Central St., Hudson. Burial will be held privately at a later time.

In lieu of flowers donations can be made to Nathan’s two daughters at Nathan Bryce Memorial Fund, c/o of Avidia Bank, 42 Main St., Hudson, MA 01749.