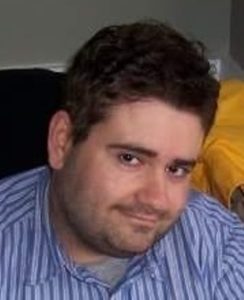 Frank was born April 30, 1976 in Phoenixville, Pa., the son of Madeline M. (Krupo) Fantasia and the late Frank T. Fantasia. After leaving Pennsylvania, his family settled in Hudson, where he resided his entire life. Frank graduated from Acton Boxborough Regional High School and later earned a bachelor’s degree from Suffolk University.

He worked as a freelance financial analyst and was also an entrepreneur.

Relatives and friends are invited to a period of calling hours Thursday, Aug. 6, from 5-8 p.m., at Tighe Hamilton Regional Funeral Home, 50 Central St., Hudson. A Mass of Christian Burial will be celebrated Friday, Aug. 17, at 11 a.m., at Saint Michael Parish, 21 Manning St., Hudson, followed by interment in Saint Michael Cemetery in Hudson.