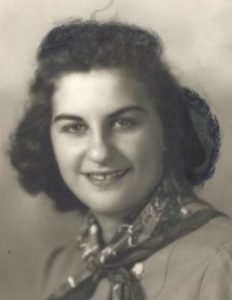 She was born in Marlborough, the daughter of the late Michael and Maria (Bux) Canova, and lived here all of her life.

Lena was known as “Nana” to every child who crossed her path. She donated countless hours to not only her own children, but the many children in the Marlborough community. She served as group leader for Girl Scouts and was a member of the mothers club of the Boy Scouts Troop 4.

She was a volunteered many hours at the Marlborough Boys Club and served as a corporator for the club.

In lieu of flowers, memorial contributions can be made to the charity of the donor’s choice.