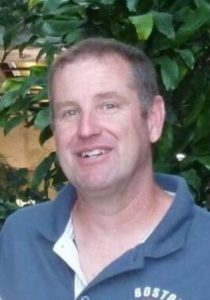 North Grafton – Philip J. Malone, 53, of North Grafton, passed away unexpectedly Aug. 22, 2018 at the UMass Memorial Healthcare-University Hospital after being stricken ill at home. He was the husband of Nancy J. (Johnson) Malone.

Born in Houston, Texas, he is the son of JJ and Sue Malone of Westborough. He was raised and educated in Westborough, and was a 1983 graduate of Westborough High School. He also graduated from the University of Massachusetts at Amherst with a Bachelor of Arts in Psychology.

Phil was employed as a house painter with Carl Oberg Painting for over 25 years.

He was a communicant of St. Mary’s Church in N. Grafton and enjoyed fantasy baseball and football and was an avid Red Sox fan.

To Phil, Nancy was the love of his life and best friend and they had met as teenagers. He was kind, caring, hardworking and very devoted to his family. He also had a wonderful sense of humor.

In addition to his wife and parents, he is survived by three daughters, Kelly A. Malone and her partner Allison Maresh of State College, Pa., Emily E. Malone, and Paige J. Malone, both of North Grafton; three siblings, Michael D. Malone and his wife Heidi Brenke-Malone of Spencer, Barbara A. Malone and her wife Karen Holmes-Malone of Holden, and Patrick W. Malone of North Grafton; his mother-in-law and her husband, Marcia and Ken Williams of Grafton; his father-in-law and his wife, Russ and Jean Johnson of Westborough; his sister-in-law and her husband, Susan and Kris Karlgren of Apple Valley, Calif.; his brother-in-law, Russ Johnson of New York; and nieces and nephew, Jesse, Matthew, Sarah and Kaitlyn. He was predeceased by his infant son, PJ Malone.

His funeral Mass was celebrated Aug. 27 at St. Luke the Evangelist Church of Westborough, with burial at St. Luke’s Cemetery.

Donations in his memory may be made to the Worcester Animal Rescue League, 139 Holden St., Worcester, MA 01606 or at www.worcesterarl.org.