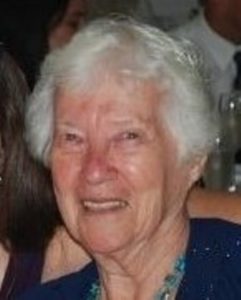 A period of visitation will be held Tuesday, Sept. 11, from 10-11 a.m. at Tighe Hamilton Regional Funeral Home, 50 Central St., Hudson, followed by a memorial service in the funeral home at 11 a.m. Burial will be private at a later date.

In lieu of flowers, donations can be made to St. Jude Children’s Research Hospital, 262 Danny Thomas Place, Memphis, TN 38105.