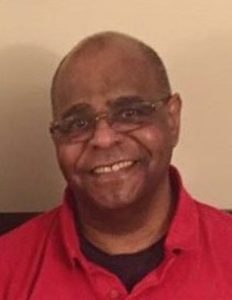 Marlborough – Raiful Tompkins Jr. passed away Sept. 6, 2018 at his home in Marlborough at the age of 68.

Raiful was born Oct. 4, 1949 in Birmingham, Ala., and spent his youth in both Georgia and New York.

Raiful was a graduate of Brooklyn Technical High School, Colgate University, and Stony Brook University School of Medicine. He was a licensed M.D. and practiced in both New York and Massachusetts. In addition to his medical work, he received a National Research Award Fellowship in Experimental Hematology at Lawrence Berkeley National Laboratory.

Raiful met his wife, Margaret C. Dunn, at the University of Massachusetts Medical Center in Worcester. They were married for 35 years and had one son, Gabriel Dunn Tompkins.

Raiful attended the Greater Grace Christian Fellowship in Marlborough. He enjoyed computer programming, science fiction, and the continued study of physiology and biochemistry. He had two cats that he cared for daily.

Raiful was predeceased by his parents, Raiful Tompkins Sr. and Valencia (Hall) Tompkins, as well as his brother, Michael Price Tompkins.

In addition to his wife and son, he is survived by four sisters, Vernice Soricelli and Ron, Lynda Wright, Vicki Tompkins, and Doreen Holland and Chandler; his brother, Jasen Tompkins and Ira; his aunt, Bobbie Rashad; his uncles, John Hall Jr., Larry Hall, and Samuel Hall; and his stepmother, Lucille Tompkins.

Calling hours will be held Tuesday, Sept. 11, from 5-7 p.m., at the Fitzgerald Collins Funeral Home, 378 Lincoln St., Marlborough. A service will proceed afterwards.

In lieu of flowers, donations can be made to the Teen Group of Greater Grace Christian Fellowship, 187 Pleasant St., Marlborough, MA 01752.