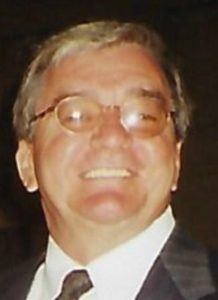 John was born in Williston, Vt., son of the late Herman and Gabrielle (Henri) Belanger, and lived most of his life in Worcester County, moving to Shrewsbury after marring his sweetheart, Joan Riordan. After graduating from Saint John’s High School, he earned a B.A. from Assumption College and a M.A. from Worcester State College, and did post-graduate studies at Clark University.

John began teaching in the Blackstone Regional School District before moving to Worcester’s Burncoat High School, where he taught Mathematics and Basic Computers for over 20 years. John left Burncoat for an opportunity to help start-up Lunenburg High School’s fledgling Information Technology program. He retired in 2001 and dedicated much of his time thereafter to tutoring, both young and senior adults, including new immigrants working towards U.S. citizenship or a GED.

John loved life. He had many interests, including basketball, golf, racquetball, tennis, skiing and he was always ready for a competitive family board-game. Through the years, he was the commissioner for racquetball, golf and bocce leagues both in Massachusetts and in Florida. He was the one we counted on to emcee fun and memorable end-of-league awards’ dinners.

John shared his passion for fly fishing as the editor for the New England Fly Tyers for many years. He was an active member of the Shrewsbury K of C. In his later years, John demonstrated a knack for the arts by his colorful oil paintings, much coveted by those who viewed them.

John is survived by his wife, Joan; his three sons, Kevin and his wife Jean, Keith and his wife Christina, and Sean and his wife Kristen; six grandchildren; many nieces and nephews; and a sister-in-law, Sandy Williams. He was preceded in death by his sister, Rita Williams and her husband Donald.

The family would like to thank the many friends who regularly visited John. Special thanks to JHC’s Brenna, Joyce and Tonya for their care and personal engagement and the dedicated staff of the Rose Monahan Hospice Residence.

Memorial contributions may be made to St. John’s Food for the Poor Program (st.johnsfoodforthepoor.org).