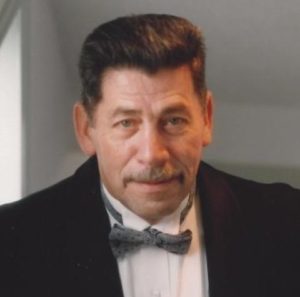 Bob was born March 20, 1941 in Webster, the only son of Anthony Alexandrowicz and Stacia (Jarosz) Alexandrowicz-Sugar. He was raised in Webster and attended Bartlett High School.

Bob worked for many years as a machine operator for Guilford of Maine before retiring. He moved to Hudson in 1994 with his beloved wife, Kathleen M. (Leary) Alexander, and was a member of Saint Michael’s Parish.

Bob was a long-time member of the Teamsters 170. He also had a passion for wood working and was a skilled handyman. He shared his talent with those around him, building decks, cabinets and other items for family, friends and neighbors. His generosity even extended to the Felician Sisters in Enfield, Conn., where he donated his time and services crafting and decorating hundreds of items made of wood to be sold at their fairs.

Among his many survivors, he leaves his beloved wife of 24 years, Kathleen M. (Leary) Alexander; his son, David P. Alexander and his wife Karen of Millbury; his daughter, Lisa A. Chauvin of Webster; his step-daughter, Carol M. Mathewson and her husband David of Worcester; two sisters, Sister Mary Laureann Alexandrowicz of the Felician Sisters in Enfield, Conn. and Shirley A. Alexandrowicz of Auburn; and a step-brother, Ferdinand Sugar of Dudley. He leaves his mother-in-law, Mary Leary, with whom he shared a special bond. He was the grandfather to Travis Alexander, Ashley Moberg, Steven Chauvin, Christopher Mathewson, Noah Mathewson and Christopher Talbot, and great-grandfather to Ava Alexander, Maura Moberg and Elliot Moberg. He leaves a loving family of sisters- and brothers-in-law, nieces and nephews and neighbors.

In lieu of flowers, memorial donations can be made to a charity dear to Robert’s heart: The HeartBrothers Foundation, 225 Cedar Hill St., Suite 200, Marlborough, MA 01752. http://heartbrothers.org.