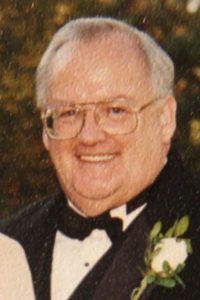 Arthur was born Feb. 10, 1945 in Marlborough, a son of the late Ralph and Alice (Blake) Moore. He attended Hudson High School, graduating in the class of 1963, and shortly after enlisted in the United States Army National Guard, honorably serving his Country.

Arthur worked as an accountant in Hudson, owning and operating his own company, “Arthur Moore’s Tax Service,” for over 50 years.

Arthur was an active member of the community, serving as the corporator for Avidia Bank, a trustee for the State Police Airwing Memorial Charitable Trust and President of the Hudson Boys and Girls Club at which he volunteered his services for many years. He was also a member of the Hudson Elks, Eagles, and Loyal Order of the Moose.

In addition to his beloved wife, Dianne M. (Borowski) Moore, he is also survived by three sons, Arthur R. Moore Jr. of Hudson, Thomas E. Moore and his wife Donna of Warren, R.I., and Brian Moore DVM MS of Uxbridge; two sisters, Marilyn Haynes and her spouse William of Barre and Barbara Moore of Hudson; and three grandchildren, Joshua Moore, Sophia Moore and Josephine Moore. In addition to his parents, he was also predeceased by his sister, Janice Moore.

Relatives and friends are invited to a period of calling hours Wednesday, Oct. 10, from 4-7 p.m., at Tighe Hamilton Regional Funeral Home, 50 Central St., Hudson. A Mass of Christian Burial will be celebrated Thursday, Oct. 11, at 9 a.m., at Saint Michael Parish, 21 Manning St., Hudson, followed by interment in Forestvale Cemetery in Hudson.

Arthur’s family requests that flowers be omitted, and memorial donations be made instead to the Hudson Boys and Girls Club, 21 Church St., Hudson, MA 01749.