Faculty Advisor Gina Johnston said that this was the club’s first Veterans Day assembly and that two members have already enlisted in the military upon their graduation – Allan Bramhill (club founder) and Tony Massaglia. Each spoke to the assembly about their decisions to enlist. 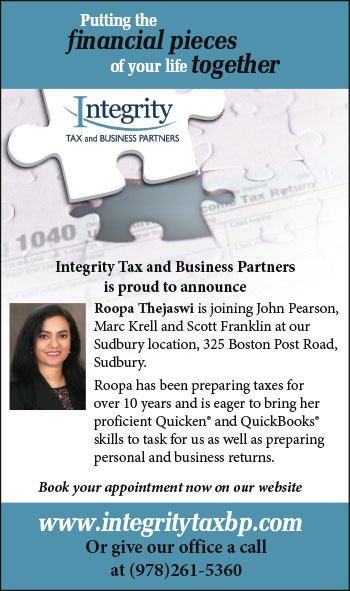 Introductions were made by Bramhill who emceed the assembly. Erin Blake, Zoe Devine, Stephanie Kalinowski and Alyssa Mawson, members of the Algonquin Chorus, sang the National Anthem. They also performed “America the Beautiful” and “God Bless America” later in the assembly.

Bramhill noted said that Operation Tomahawk seeks ways to serve and support the needs of local veterans and service members. In addition to decorating veteran’s graves with wreaths and serving pizza to homeless veterans, they also fundraise for Mission 22, a nonprofit that combats veteran suicide.

“If you remember one thing from what I have said today, remember this: 22 veterans commit suicide every day,” Bramhill stated. “Almost everyone in this room will be attending a college in the upcoming years. I understand the importance of that…I hope that my service will help each and every one of you to go to the school of your dreams and live the life that you desire, with the freedoms I promise to protect.”

His remarks were followed by fellow senior, Tony Massaglia, who has also enlisted in the U.S. Army. His inspiration for doing so was his grandfather who served, and the events of 9/11.

“We were and still are at war against terrorists whose goal is to destroy our way of life and our most sacred beliefs,” Massaglia said.  “I felt as though it was my responsibility as a human being to potentially sacrifice myself for the good of mankind.”

Invited guest speaker, U.S. Navy veteran Steve Whynot of Southborough, shared his personal experiences which began in Vietnam and included service in both Gulf Wars. He travelled much of the world by the time he was 19 years old.

Whynot said that he joined on a whim when he was 17 because his buddies were joining. He ended up spending the better part of his life in the Navy and the Navy Reserves and is proud to have made a difference.

“Forty-five years later I still have that passion. If they called me up tomorrow I’d be gone in a heartbeat,” Whynot said. “I continue to serve the best way I can and I’m the VFW Commander in Southborough.”

Bramhill’s parents, Chris and Lisa, were present for the occasion. Chris is a veteran of the U.S. Marine Corps. They shared how proud they are but also that they are very nervous for their son who will be leaving for Fort Benning in Georgia next June.

The assembly concluded with club member Olivia Lamy, who spoke about honoring our veterans.

“This Veterans Day, let’s remember to thank those who served, thank them for their selflessness and sacrifice and bravery and for the part that they played in our freedom,” she said. “We are a better, stronger nation because of them.”