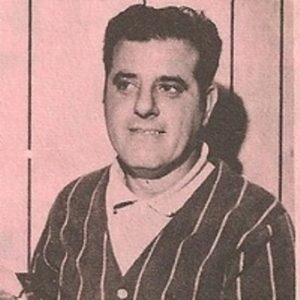 Northborough – George A. Barsoum, 87, of Northborough, passed away Nov. 22, 2018 in Saint Vincent Hospital. His beloved wife, Mildred A. (Pajala) Barsoum, predeceased him in February 2015.

George is survived by two sons, Steven A. Barsoum, with whom he lived, and David B. Barsoum of Shirley; eight grandchildren; several great-grandchildren; and nieces and nephews. He was predeceased by his daughter, Susan G. Milano, and by four brothers and a sister, Peter Barsoum Jr., Eli Barsoum, Ephraim Barsoum, Jack Barsoum, and Margaret Colwell.

George was born in Central Falls, R.I., son of the late Very Reverend Peter and Katherine (Hanna) Barsoum, and grew up in Worcester before settling his family in Northborough 53 years ago. He served his nation proudly in the United States Army.

George was a machinist with G.E. Telecron/Timex for many years before retiring. He was a member of Saint Mary Syriac Orthodox Church in Shrewsbury. He played golf often, especially after he retired.

Calling Hours for George will be Tuesday, Nov. 27, from 10 a.m. until his funeral service begins at 12 p.m., in Mercadante Funeral Home & Chapel, 370 Plantation St., Worcester. Interment at Hope Cemetery will be private.

In lieu of flowers, donations in his memory may be made to Saint Mary Syriac Orthodox Church, 1 Industrial Dr., Shrewsbury, MA 01545.