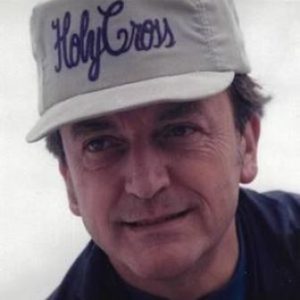 Marlborough – Francis James Kane, 78, a lifelong resident of Marlborough, passed away after a two-and-a-half-year battle with cancer Nov. 30, 2018.

Fran, as he was known by family and friends, is survived by his high school sweetheart and loving wife of 55 years, Judith M. (Foisy) Kane; his son who he was so proud of, James Francis Kane and his wife Hannah of Shrewsbury; and his three precious grandchildren, Madison, Caitlin, and Patrick. Fran was predeceased by his granddaughter, Caroline Libby Kane.

Fran, one of eight children of Francis J. and Susan C. Kane, was born and raised in Marlborough. He was predeceased by four of his siblings, brothers Alden Kane and Roger Kane, and sisters Millicent Morin and Lucille Stevens. Fran is survived by two of his sisters, Susan Scott and her husband Raymond, Sandra Kane, and his brother John Kane and his wife Barbara, all of Marlborough, and many nieces and nephews who he always enjoyed spending time with. Fran’s life has been sustained by the close friends he has made, many going back to his childhood and early married life, and by the people he considered family.

Fran’s greatest joy in life were his grandchildren and he and Judy have been an integral part of their lives, never missing a school event, an opportunity to watch them play sports, and they planned annual summer trips around New England filled with many laughs. For 11 years, Fran and Judy shared a two-week vacation on Sanibel Island, Florida, with Jim, Hannah and their grandchildren, making lasting memories of simple pleasures like walking the beach at low tide and swimming in the pool. Fran also reveled in being part of his son Jim’s life, proudly holding signs for his elections to city and town government and seeing him sworn in by Governor Baker as a Trustee of the Massachusetts Maritime Academy.

Fran was a member of the Marlborough High School, class of 1957 and a 1961 graduate of Fitchburg State College, and he received his master’s degree in education from Worcester State College in 1966. Beginning his career in education as a teacher in Hudson, Fran went on to serve as a teacher and a principal and he capped his 20 years in the Marlborough Public Schools as superintendent. Fran spent his later working years as co-owner of O’Connor Kane Associates, and retired in 2002 as Associate Commissioner at the Massachusetts Department of Elementary and Secondary Education.

Fran served his community in Marlborough as a member of the Planning Board, the Democratic Town Committee, Rotary and the Jaycees. Following in his father’s footsteps as a builder, Fran built the home that he and Judy shared their entire married life adjacent to his childhood home. Later he formed B & K Construction with his close friend and fellow educator Paul Brunelle, building many homes in Central Massachusetts and on Cape Cod.