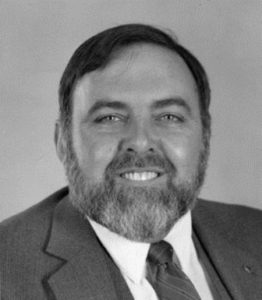 Worcester/Grafton – Jesse Raymond Dowd Jr., of Worcester, died on the afternoon of Nov. 30, 2018 after a long struggle with liver cancer.

He left his wife, Noelle Dowd; their two daughters, Amy Ramsay and Rebecca Dee; and sons-in-law Bill Ramsay and Jeffrey Dee, as well as his sister, Judith Johnstone; brothers David and John Dowd; and three grandsons, Angus and Liam Ramsay and Henry Dee. They, and Jesse’s extended circle of family and friends, will miss him very much.

Jesse was born Aug. 13, 1942 to Jesse Dowd and M. Jane Dowd, née Myers, in Lancaster, Pa. He attended Saint Andrews School, graduating in 1960. The three years Jesse spent at Saint Andrews affected him deeply, and he held the school in high esteem for the rest of his life.

Jesse was accepted to Franklin and Marshall College in 1960, but ultimately graduated eight years later from Clark University with a BS in Psychology. Much of his undergraduate sojourn was spent working in hospitals, factories, and machine shops.

Jesse met Noelle Roser when they were both in their late teens: “at a Tower Hill dance one weekend when [he] snuck out of SAS.” They married in August 1964. Soon after the wedding, Jesse received notice from the draft board for Vietnam. He was ready to serve, but his flat feet and asthma kept him home.

Jesse and Noelle moved to Worcester in 1966, for school and work. In 1970, they fell in love with a 1760-vintage farm house in Grafton. They undertook one of the great adventures of their marriage, rebuilding and restoring the old house so it came to life again. Jesse used to remark wryly on their five-year restoration plan, which was in its 46th year when they sold the house to move back to Worcester. Shortly before that move, Jesse sat in his front room office, looking at the fireplace wall, “I’ve had my hands on every inch of this place.”

In 1971, Jesse and Noelle welcomed their first daughter, Amy, into the world. Their second daughter, Rebecca, was born in 1975. During those young-family years, Jesse continued his machine-shop work, eventually serving as manager in a shop for Whittet-Higgins. Meanwhile, he worked on the house with Noelle, with whom he hosted many lively dinner parties full of laughter and music. In those years Jesse was also a successful road rally competitor, and began his decades-long involvement with the Grafton chapter of the Lions Club, an international service organization.

Jesse was a proud and active member of the Lions, eventually serving as Club President, District Governor, and Council Chairman. In his years with the organization, he helped create the Lazarus Program for organ donation awareness, and he was deeply involved with the Lions Journey For Sight. Jesse was active with both fundraising and community assistance efforts – ranging from carnivals and Christmas tree sales to building handicap accessibility ramps and other alterations to homes for people in need. The beloved Grafton tradition of July 3rd Concerts On The Common began with a conversation between Jesse and a few Lions friends in the kitchen of the old house. In 2013, the Grafton Lions Club recognized Jesse’s dedication and service by naming him Humanitarian of the Year.

Sometime in the mid-1980s Jesse decided to go into business for himself as a carpenter and remodeler, eventually becoming a general contractor. He was joined in his business by his brother John, and the two worked together for many years.

Music was an important part of Jesse’s life. Self-taught on the piano and guitar, he played folk songs, show tunes, and country and pop hits of the last half of the 20th century for family and friends, and occasionally in performances with the Lions Club– minstrel shows or caroling at nursing homes in town. He sang in the Grafton Ecumenical Choir with his daughter. His memory for songs and lyrics was encyclopedic.

Jesse had a big voice, which he could use to speak out for justice or charity, or to bring a room to laughter or tears with words or a song. He had a fascination with the workings of human understanding, which never left him. And he had a conviction that most people, given the chance, are basically good. He worked all his life proving the truth of that conviction.

All are welcome to gather with Jesse’s family Saturday, Dec. 15, at 11 a.m., at the Congregational Church of Grafton, 30 Grafton Common, Grafton. There are no calling hours and burial will be private at his family’s convenience.

Please honor Jesse’s memory with a donation to The Grafton Lion’s Club at www.GraftonLionsClub.org.