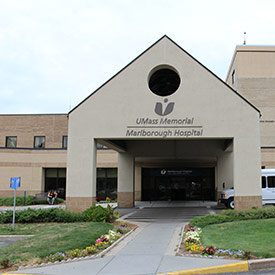 Marlborough – UMass Memorial – Marlborough Hospital in partnership with the Marlborough Police Department will be conducting an Active Shooter Drill, Thursday Dec. 20, from 8:30 – 10 a.m.

Marlborough law enforcement has been involved in the planning of this exercise and will play the roles of shooter and response team. Law enforcement professionals routinely use blanks in training and blanks will be used during the drill.

The following will take place during the drill:

Hospital employees have been informed that a drill is taking place.  Patients and visitors will also be notified when they walk in the doors of the hospital.  Hospital staff will be alerting inpatients so that they are not concerned for their safety.

A debriefing will take place after the drill so that both the Marlborough Police Department and Marlborough Hospital Administration can evaluate and assess their preparedness and response to a situation such as an active shooter.