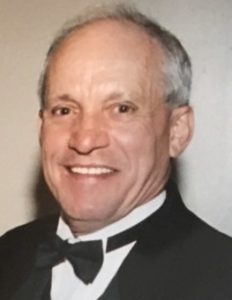 Richard was born Aug. 18, 1947 in Framingham, the only child of the late Henry L. and Emma E. (Dailey) Hubert. Richard spent most of his life in Hudson, where he was raised, graduated from school and had a successful career as a Hudson firefighter. He moved to The Villages in Florida in 2003, following his retirement from service. Richard was a proud veteran of the United States Coast Guard, serving during the Vietnam Era.

Richard is survived by his three children, Nancy E. Hubert, Richard D. Hubert and his wife Susan, and Anne-Marie Hubert and Timothy Durkin, all of Hudson, and two grandchildren, Patrick O. Kerrigan and Kenneth J. Durkin.

In lieu of flowers, donations can be made to the Hudson Fire Fighters Relief Association, 296 Cox St. Hudson, MA 01749.

Calling hours will be held Wednesday, Jan. 16, from 4-7 p.m., at Tighe Hamilton Regional Funeral Home, 50 Central St. Hudson. A memorial service will be held Thursday, Jan. 17, at 11 a.m., in the funeral home, followed by interment in Forestvale Cemetery of Hudson.